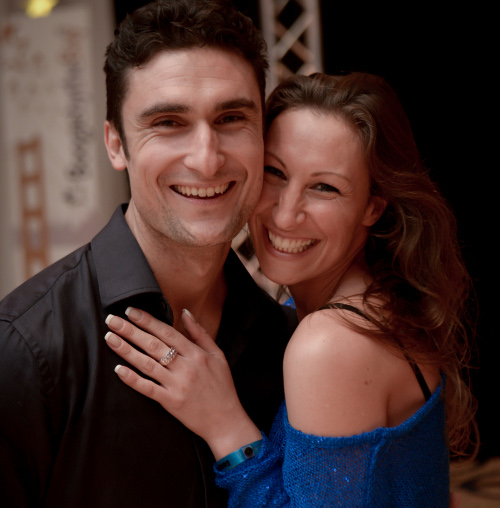 Catriona has studied dance all her life. She began with Ballet aged 3 train extensively in a range of partner dances including Country, Salsa, Ballroom, Latin, Modern Jive and Argentine Tango. She discovered West Coast Swing whilst visiting the USA and learnt purely through social dancing and observing the world’s best WCS dancers in action competitively and in late-night swing rooms. She went on to win the Swing Fling Cabaret Division (2002) with 4-time US Open Swing Champion, Robert Royston and wife, Nicola, dancing a swing number called “Trois” from the acclaimed off-Broadway show, “Swango – The Fusion” (Swing & Tango).

Michael has been training and dancing for the past 20 years, in most styles of Partner Dancing. He lives in San Diego, California and teaches out of Starlight Dance Studio. As one of the top Champion West Coast Swing Professionals Michael has been traveling, teaching and performing not only in the United States but in countries like Canada, France, Germany, Russia, United Kingdom, Brazil and Australia. He is known for his instruction, choreography, unique style, approach and quality. Michael is dedicated to the growth of all Dance, its recognition as a sport and exciting social activity for everyone to enjoy.

Catriona and Michael have toured the European WCS scene extensively together, teaching, performing and sharing their love of all partner dances!

To find out more about Michael & Catriona, check out these links:

To watch Michael & Catriona dance, check out these links: 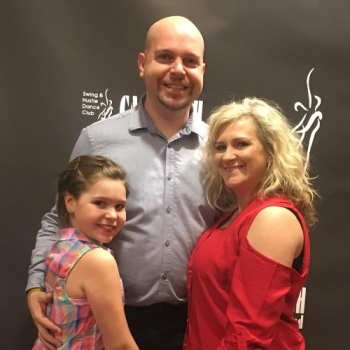 Matt is a 6 time US Open winner. He competes and teaches all across the world. He was with us at SwingV 3 years ago and is back this year with reinforcements!

Matt’s wife Julie is an Allstar level dancer who has raced through the ranks very quickly.

Matt’s 11 year old daughter Lily is already competing at Advanced level and is taking the WCS world by storm! Team Auclair are all very excited to be coming to the Swingvitational this year!

To watch Matt & Lily dance, check out these links: 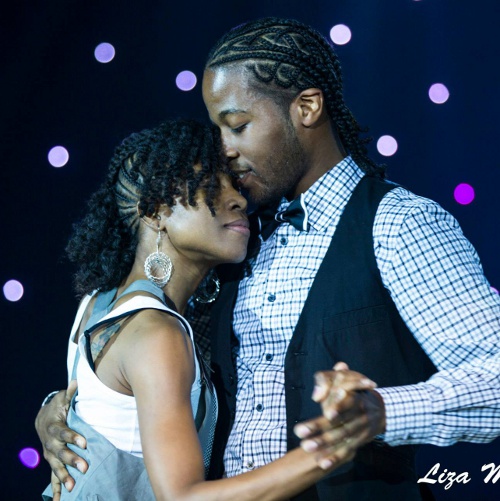 Markus is an accomplished and award winning dance competitor, choreographer and instructor. He is one of the most talented, popular and photogenic dancers on the National Swing Dance Circuit. With the unique styles fused from Hand Dance, Hip Hop and West Coast Swing, Markus is quite capable of creating a masterpiece on the floor at any moment. Markus has been featured on Fox’s “So You Think You Can Dance”, BET’s “106 and Park” program, and the movie Love N’ Dancing. He was a co-host of DC DANCING TEENS, a youth hand dance show that has been seen on Global Dance TV and shown on DCTV channel 95 in Washington DC. He is currently the 3rd vice president of the National Hand Dance Association Youth and Young Adult Affairs division. Markus is most passionate about sharing the gift of dance with others. His energy, style and charismatic presentation leaves Markus in a class by himself.

A native of Louisiana by way of Texas, Trendlyon discovered her love for dance while she was in junior high. She and her sister were choreographing hip hop dance routines to enter dance competitions and walked away with several wins! While living in Texas, Tren was introduced to swing by a co-worker. She took a dance class and was bit by the bug. She has been dancing and competing ever since. Tren’s distinctive dance style makes you stop right in your tracks to observe the preciseness of her moves, her animated smile, energy and enjoyment of the dance. She has competed and placed within the top 5 of some of the most recent Champion Jack and Jill and Strictly Swing competitions in the USA. She is also a member of the National Hand Dance Association in Washington, DC. Her talent and love for the dance has led her to teaching hand dance and west coast swing to youth and adults.

To find out more about Markus & Trendlyon, check out this link:

To watch Markus & Trendlyon dance, check out these links: 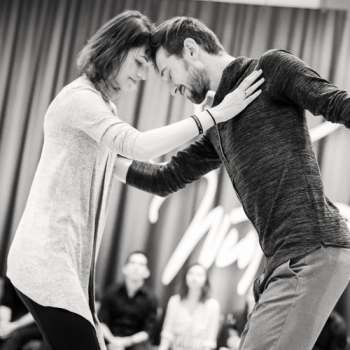 Natively from Czech Republic & Reunion Island, Jakub and Em took their first steps into the dance world at the age of 16 and 12, both starting with Ballroom Dancing (Latin, Standard & line-dancing).
After her arrival in France at the age of 18, as Em sought to start a new dance form, she bumped into a video of Jordan & Tatiana, and fell in love with WCS right away. Being trained by Maxence Martin gave her access to solid knowledge which she later used to develop her own dancing and teaching style. Today, she acts in the WCS Community not only as a teacher, but also as a DJ and photographer.

Jakub’s dance world consists of social dances such as Zouk, WCS or Salsa but there is also a part of solo or group Modern and Contemporary dances. He started to dance and compete in WCS in 2014, guided mainly by Maxence Martin and Mario Robau, while using a lot of his background knowledge in his approach. His philosophy in dance is focused on communication. Nowadays he lives in Brno, teaching, dancing, choreographing and competing.

They were both hooked since they discovered WCS, and were especially drawn to the creativity, musicality, and freedom within the dance. Just by pure chance, they had to teach together in a styling workshop in June 2016, thanks to Adam and Rita. At the end of the week-end the students suggested that they should partner up, so they did!

To find out more about Jakub & Emeline, check out this link:

To watch Jakub & Emeline dance, check out this link: 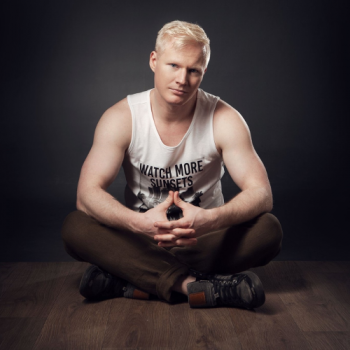 Hi there. I’m Stephen. You may recognize me from such things as Shenanigans, or the SWFC. I’m not a fan of the traditional bio. Always seemed a little odd to me, writing things about myself. So instead, I’d like to just pretend we’re having a conversation!

Nice to meet you, random person reading this. Why yes, I am an international dance professional. I teach, judge, choreograph, and coach
mostly in West Coast Swing, but I’m trained in American and International styles of ballroom dancing, Hustle, some Country Western, and various other partner dances. I actually got my start as a ballroom instructor and competitor in American Rhythm before transitioning over to
West Coast. I compete in the Champions and Classic Divisions on the swing circuit at the moment, and have competed in Showcase in the past. I’ve won a few things, and I’ve done well in others, but I don’t put much stock in that. Mostly people like to work with me for my focus on their
personalized education in dance! I’m all about authenticity, and finding the right tools for the individual.

So please, save me a dance, or a drink, or a conversation! For the most part, I am contractually obligated not to bite!

To find out more about Stephen, check out this link:

To watch Stephen dance, check out this link: